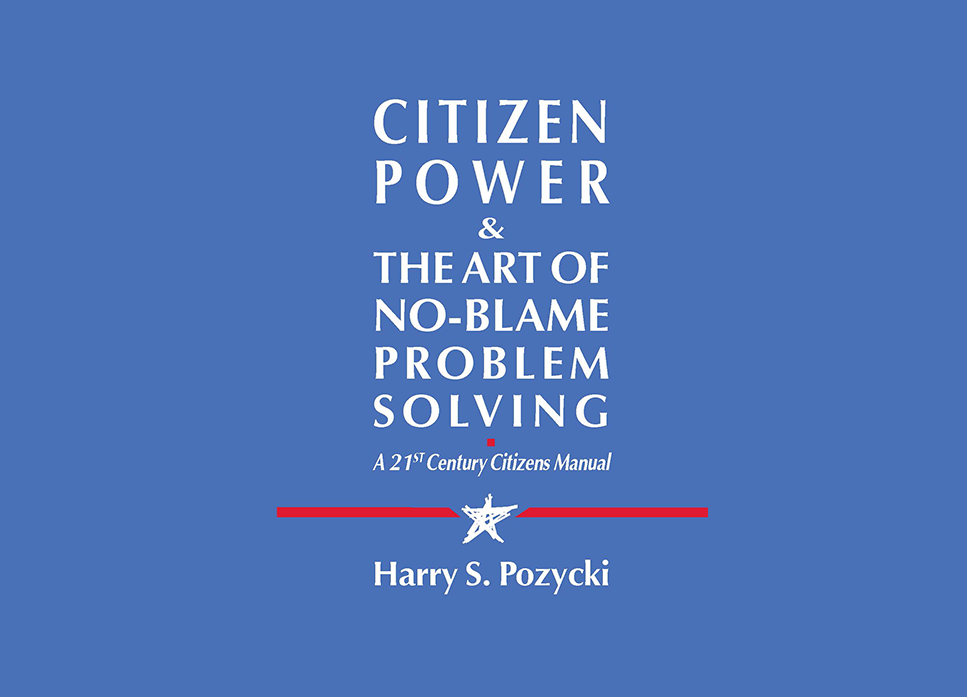 Citizen Power & The Art of No-Blame Problem Solving: A 21st Century Citizens Manual, is designed to provide the people of New Jersey with the know how to use their political power to better their communities and our Country. We don’t have to wait on the sidelines for our government to act; using the step-by-step guide outlined in Citizen Power, citizens can now propose their own evidence-based, cost-effective solutions to the serious issues facing our cities and towns.

The book was written with purpose. Author Harry Pozycki, founder of The Citizens Campaign, saw signs of an accelerating decline in civic vitality. As big money and political careerism has grown, citizens often feel powerless and start to withdraw from the civic arena. Harry wants to reverse this trend and decided to share the knowledge and experience he gained in serving as an elected official and policy advisor to Governors of both major parties, to empower citizens and teach them how to navigate the maze of city and school district government.

The book arms citizens with new legal rights to participate in government decision making, proven political techniques, and a roadmap to powerful leadership positions that people can take without having to run for public office. It also teaches how to operate the power levers of local politics and government, and identifies the primary political and government decision making centers where citizens can introduce their own solutions. Importantly, it also informs citizens how to use new technologies to leverage their solutions for national impact.

Citizen Power & The Art of No Blame Problem Solving is used as a text book at Rutgers-Newark School of Public Affairs, and serves as the main text for Solutions Civics©, a high school curriculum component that introduces students to the information and skills they need to be problem solvers and emerging leaders in their own communities. Solutions Civics is now being taught in high school social studies classes in Newark, Trenton, Perth Amboy and Plainfield.

In the author’s own words: “Anyone who believes in public service and has a determination to make a difference can use this book and become a ‘Public Citizen,’ like Ben Franklin who got so much done without being an elected official. We no longer need to feel powerless and frustrated. We have the power to drive government from the bottom up. And just as importantly our example can restore service, civility and pragmatism to our political culture.”

This book is for all citizens who share these values and want to play a role in our government’s decision-making process.